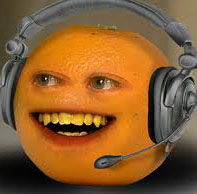 L.A.-based The Collective has paired with Edison, New Jersey-based consumer electronics manufacturer Sakar International to produce a line of electronic devices and accessories based on its hit viral property Annoying Orange.

L.A.-based The Collective has paired with Edison, New Jersey-based consumer electronics manufacturer Sakar International to produce a line of electronic devices and accessories based on its hit viral property Annoying Orange.

The deal, which was brokered by Annoying Orange’s licensing agent The Joester Loria Group (TJLG), will see products including earbuds, headphones, talking camera cases, clock radios, and cases for iPads, iPhones and iPod Touch reach Toys ‘R’ Us locations and additional retailers in the US for this year’s holiday season.

Licensees already on board with products currently available at retail in the US include master toy partner The Bridge Direct (talking plush, clip-ons, and collectible figures), Hybrid Apparel and LF USA (apparel and accessories for young men and juniors), and Bottle Rocket (Annoying Orange: Kitchen Carnage app for iOS and Android mobile devices). Rubies Costume Company will debut costumes this fall.

The latest deal also comes on the heels of The Collective appointing Gaffney Global Licensing and Stella Projects to rep Annoying Orange in Australia and New Zealand.

As a result, Moose Toys has signed on for a range of figurines and Casco Blu for kids outerwear, sleepwear and underwear.

Since debuting on YouTube in October 2009, the web series has accumulated more than one billion total views and 2.3 million YouTube channel subscribers. In addition, Annoying Orange made its Cartoon Network TV series debut on June 11, 2012.