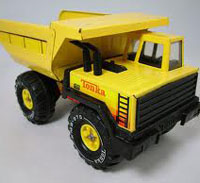 Hasbro’s president and CEO, Brian Goldner, and the toyco’s SVP and managing director of motion pictures, Bennett Schneir, are on board as producers and developers while Fred Wolf will write the film.

The announcement continues the toy-to-movie trend for Sony and Hasbro as Sony Pictures already has plans to develop feature films based on Hasbro’s Risk and Candy Land properties.

Universal Pictures Battleship film, loosely based on the popular Hasbro game and reportedly budgeted at more than US$200 million, has currently underperformed at the box office grossing approximately US$295 million worldwide.