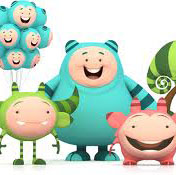 Fifty, two-minute episodes of Yub Yubs, from Toronto-based Radical Sheep Productions (Stella and Sam), have been commissioned for Disney Junior’s English and French language networks for the 2012-13 season, and the series will also be turned into an interactive mobile world.

The new series, created by Matthew Fernandes of Industrial Brothers Studio and developed by Radical Sheep and Industrial Brothers, follows three curious and playful characters who express their feelings by morphing into other physical forms.

Bunks (90 minutes) is produced by Fresh TV and is the first Canadian original movie for Disney XD. The coming-of-age comedy, which is set in Ontario’s Algonquin Park, follows the misadventures of three brothers who head off to summer camp.

Production on the movie and the shorts will begin in Toronto this summer with Bunks set to air in 2013.