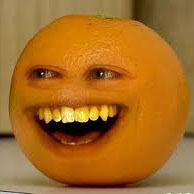 Since debuting on YouTube in October 2009, the web series has racked up more than one billion total views and 2.3 million YouTube channel subscribers. The Collective has parlayed that success into a new Annoying Oranges series set to debut on Cartoon Network US on June 11, with additional broadcast deals in the works.

While New York’s The Joester Loria Group has inked 17 licensing deals in the US, Gaffney and Stella are looking to duplicate that success in Australia and New Zealand.

So far, Australian toyco Moose Toys has signed on to distribute a range of figurines, with the first product set to launch at Toys ‘R’ Us’ by the end of the summer and Casco Blu has picked up the kids outwear, sleepwear and underwear license and expects to launch product at Aussie retailers in Q4.