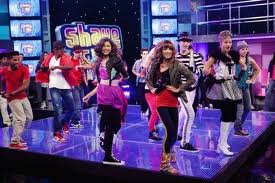 Disney orders third season of Shake It Up

Disney Channel has ordered a third season of the dance-driven buddy comedy Shake It Up, produced by L.A.-based It's A Laugh Productions.

Disney Channel has ordered a third season of the dance-driven buddy comedy Shake It Up, produced by L.A.-based It’s A Laugh Productions. The series premiered in November 2010 and production on the third season will begin this summer.

The series has inspired Disney Channel’s kids and tweens talent competition, Make Your Mark: Ultimate Dance Off – Shake It Up Edition, which reached 12 million total viewers and gave the winning dance troupe, which competed among the nearly 30,000 video submissions, a chance to dance in an episode. Digital extensions were presented at DisneyChannel.com (7.5 million visits) with instructional dance videos (over 68 million video starts).

Walt Disney Records released the Shake It Up: Live 2 Dance soundtrack featuring songs from and inspired by the series. It debuted at number 17 on the Billboard 200 in March 2012 and fan-favorites TTYLXOX by Bella Thorne and Something to Dance For by Zendaya climbed Radio Disney’s Top 30, with TTYLXOX hitting the number-one spot. The music video for Something to Dance For/TTYLXOX (Mash Up) generated more than six million hits on VEVO.

Shake It Up has also inspired tween apparel including dancewear from Ivivva and a D-Signed line at Target, footwear at Payless and Hallmark greeting cards. Consumer electronics including headphones and stereos will debut in stores this summer.

In Shake It Up: Made In Japan, a 90-minute programming event premiering this summer, the gang will head to Tokyo. A sneak peek of the special will air during the Disney Channel original movie, Let It Shine on June 15. New episodes of Shake It Up air Sundays at 8:30 p.m. on Disney Channel.

Disney Channel, Shake It Up