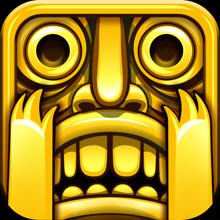 Top of the shop

How indie developers of original mobile kids games are finding success in the apps space and licensing world.

Sometimes getting noticed requires more than showing up for school with pink hair and a punk-rock attitude. Sure you might turn some heads for a week or so, but soon all your friends will look the same and you’ll be blowing your allowance on dye removal.

Staying unique over time, appealing to a growing social circle, and balancing substance with style is a tricky thing. And in the world of kids mobile apps, standing out from a crowd that includes nearly a million apps for iOS and Android devices is not all that dissimilar.

We spoke to a number of leading app developers with original or branded IPs (sometimes one in the same) about their success and learned there’s more to increasing downloads and daily active user numbers than a catchy name and character design.

These things are crucial, but in a global market where mobile media spend is predicted to grow from US$121.8 billion in 2011 to US$138.2 billion by year’s end (Strategy Analytics), many app developers looking to get their piece of the pie are re-examining their growth strategies.

The Angry Birds effect
Finland’s Rovio Entertainment continues to be the poster child for successful brand promotion in the apps space with its app sensation Angry Birds. Chalking up close to 650 million downloads of the game’s various versions in 2011, and 50 million downloads of newest title Angry Birds Space in its first 35 days on the market, Rovio has set the bar pretty high. The property’s related licensing program also helped generate approximately 30% of Rovio’s reported revenue of US$106 million last year.

Indie originals
“There was a time when large interactive companies dominated. But now the market has changed, allowing a smaller indie company like Imanji and its three-person team, for example, to create a top-selling app as it has with its treasure-hunting, freemium adventure game Temple Run,” says Larry Seidman, co-founder and CEO of San Anselmo, California-based Dimensional Branding Group.

Seidman—whose company reps hit apps including Skee-Ball, the number-one branded iOS game app of all time, and Temple Run—adds that original IPs are now dominating the top spots on mobile game charts the world over, especially when it comes to kids games.

“The brands in the kids app world have not caught up to original IPs. Some will, but big kids brands don’t guarantee app success.”

Seidman says one reason is licensed apps come with “fan expectations” at launch, whereas new IPs don’t. In other words, out of the gate, licensed apps have to cater to much bigger expectations of quality and innovation—they also have a lot farther to fall if they don’t measure up.

“For success, apps first have to be great from a customer point of view. Two, they need to have very immersive gameplay to build an audience. And three, they can’t be perceived to be copycat apps,” says Seidman.

A unique and distinguishing characteristic, simple but high-quality gameplay, a great original character and storyline, and timely updates are other key factors that can help increase downloads.

Seidman attributes much of Temple Run‘s success (60 million downloads on iOS and Android devices combined since its debut last August) to the fact that it has an intriguing name, iconography and innovative gameplay—all things that give apps the potential to evolve into bigger brands across consumer product categories in the entertainment business.

“It doesn’t mean licensing deals have to happen right away, but a broader plan should somehow be within the DNA of an IP initially because it’s very hard to embed merchandising after the fact.”

It remains to be seen how Temple Run will manage its mileage, but Imanji has already jumped into the licensing fray, partnering with Spin Master Games to bring Temple Run traditional trading cards and board games to mass-market retailers in North America this fall, with a global rollout planned for 2013.

While opinions on game and brand strategy vary from company to company, Semyon Voinov, co-founder and creative director of Zeptolab, says developers shouldn’t spend too much time in the initial game creation stages thinking about potential licensing opportunities, and should first focus on making their games the best they can possibly be.

It’s in the angle
“Developers should make a great game first and market it well and then start to look into expansion if it’s successful,” Voinov says.

“Cut the Rope has done well (a top-10 bestseller with more than 100 million downloads for both iOS and Android devices since launching in October 2010) because it appeals to a wide audience from kids to adults. The gameplay is also simple and affordable at US$0.99, and you can create an emotional attachment to its main character, OmNom.”

And if a game can entice a player quickly, it’s much more likely to take off.

“If you buy an app for a dollar and it doesn’t get you hooked within 10 seconds, it’s not good,” contends Voinov.

Zeptolab drives consumers to the game by maintaining a Facebook, Twitter and online presence, as well as engaging in more traditional marketing and PR campaigns across digital, visual and print media.

Like Temple Run, Cut the Rope has also entered the licensing realm. Board games from Hasbro and toys and games from Mattel are set to reach US retailers this fall.

Looking ahead, Voinov says Zeptolab will continue to watch the market from a business and players perspective, focus on updating and improving its current games, and look to create new games based on or related to the Cut the Rope brand.

Simplicity works
Another indie developer taking a similar path is Lima Sky. Its hit US$0.99 app Doodle Jump lets players bounce main character Doodle the Doodler up a series of platforms by tilting their phone to avoid monsters, UFOs and black holes.

“Doodle Jump has been popular because of its simple but addictive gameplay that kids and adults can understand, and we’ve focused on producing free updates and new content,” says Lima Sky’s co-founder Igor Pusenjak.

In addition, the game got a boost through word-of-mouth publicity generated by unsolicited endorsements from high-profile celebrites like talk show host Jimmy Fallon and pop star Lady Gaga. It’s also been featured on hit US TV series The Big Bang Theory.

Part of Doodle Jump‘s innovation lies in its full exploitation of the iPhone’s tilting capabilities, which was uncommon when it first launched. Newer kids apps are now looking to capitalize on the next technological leap to reel in consumers.

To that end, Toronto, Canada-based XMG Studio and its team of 60 is preparing to launch a new augmented reality, location-based app in June. Based on Sony’s classic Ghostbusters property, the new game from the indie developer lets kids use their smartphone camera to find and trap ghosts in real-world environments.

XMG president Ray Sharma says the studio was able to partner with a bigger brand like Ghostbusters by leveraging its technical awards, rankings and well-executed games.

“Innovation is happening at light speed and we’re certainly seeing more connected apps that allow kids to use location-sharing, augmented reality and socialization tools,” adds Steinberg. “But innovation should be applied where it makes sense. There has to be value especially if it’s for a kid.”