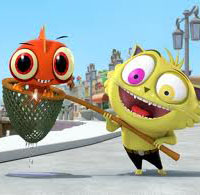 The Genao and Cyber Group-produced and Isabelle de Catalogne-created series, which targets kids six to 10 and is co-produced by Samg, Has and Gulli, has currently been sold to 10 countries including Italy, Australia, Turkey, Portugal and Spain.