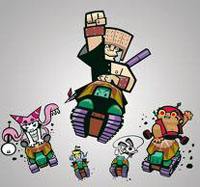 The new company also plans to open a European office in late 2012.