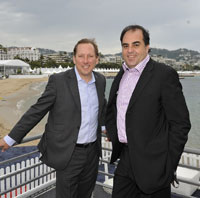 Beginning next year, DDMG will commence production of visual effects and animation in twofour54′s studios and recruit and hire staff from local and international talent pools.

The studio will eventually employ 500 people and DDMG also plans to develop a 150,000 square foot, state-of-the-art entertainment production complex, expected to be completed by the end of 2015.

The latest collaboration follows on the heels of twofour54, which is home to the world’s first Cartoon Network Animation Academy, announcing that the Emirate of Abu Dhabi now offers a 30% rebate for film, television and commercial media projects.

DDMG, which has provided effects for films including Transformers and Tron: Legacy, is also currently establishing a studio in Beijing.