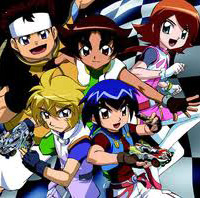 The Japanese-Korean-Middle East anime TV series targeted to boys ages four to 12 premiered in Italy in August 2011 on free-to-air children’s channel K2 and is co-produced by d-rights, NewBoy, SBS Productions, and Stonebridge Capital.

The new deal comes as toys based on the series experienced successful sales in Italy and Spain over the last Christmas holiday season and into January, according to NewBoy’s president and CEO, Manar Tarabichi.