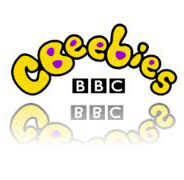 As part of the BBC's digital switchover strategy and plan to cut 20% of its costs by 2017, the pubcaster's BBC 1 and BBC2 channels will drop their children's programming blocks. All kids content will migrate to digital channels CBBC and CBeebies.

As part of the BBC’s digital switchover strategy and plan to cut 20% of its costs by 2017, the pubcaster’s BBC 1 and BBC2 channels will drop their children’s programming blocks. All kids content will migrate to digital channels CBBC and CBeebies.

In its approval today of the May 2012 cost-saving report, Delivering Quality First, the BBC Trust states that its children’s channels remain a cornerstone of its public service offering and will be protected from budget cuts. Thus, it will continue its current level of investment in children’s content thus raising the proportion of the license fee spent on kids programming.

After the switchover, its kids shows will be broadcast solely on the digital channels with a minimal impact on kids’ viewership.

To alert its viewers to the changes prior to the switchover, the BBC will execute cross-promotional marketing initiatives.

The Trust states BBC 1 will likely replace its children’s programming with daytime programming, and gaps on BBC 2 will be filled by repeats of factual shows.