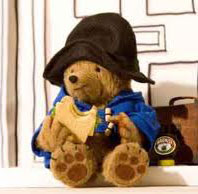 Paul King (Come Fly With Me, The Mighty Boosh) is set to direct and adapt the bestselling books from Michael Bond while Studiocanal will handle financing and distribution in the UK, France and Germany, and global sales.

Hayden has been tied to a film version since 2007 when Warner Bros. originally announced a Paddington movie would be made.

The new project further expands the IP, which to date boasts more than 35 million books sold for its 70 titles available in 40 languages in more than 100 countries.