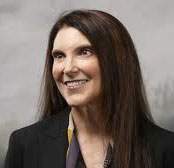 Mary Sandell to head up production at Laika

Laika also recently optioned the Philip Reeve-penned novel Goblins for the big screen as a 3D, stop-motion animated film for all ages.

Sandell, who served one of Coraline’s producers, joined Laika in 2005, after a two-year stint as producer of DreamWorks’ primetime animated NBC series, Father of the Pride.