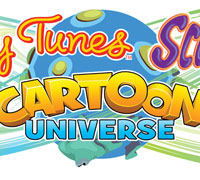 The official site launch in North America is scheduled for this fall and in designated international markets in 2013. Players in North America can currently sign up on the website and play games while the site is in test mode with new features and updates set to be added.

WB Games Montreal is a Warner Bros.-owned studio that launched in 2010 in Montreal, Canada and works with a number of top Warner Bros. Studios’ properties, including DC Entertainment.