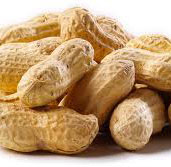 Almost every working day, Carla and I spend some time working on other people's properties. I'm guessing many of you in the media industry could say the same. It's actually a process I really enjoy, and I've figured out a few tricks over the years to help ensure I'm staying true to the property while remaining flexible enough to extend it in a new direction.

Almost every working day, Carla and I spend some time working on other people’s properties. I’m guessing many of you in the media industry could say the same. Sure, there are the select few creative types who will come up with a genius set of ideas starting at age 21 and serve their own unique creative vision for the rest of their lives – I’m looking at you, Lena Dunham. But for the rest of us, the odds that we’ll be tied to a property that we didn’t create at some point or another is high. It’s actually a process I really enjoy, and I’ve figured out a few tricks over the years to help ensure I’m staying true to the property while remaining flexible enough to extend it in a new direction.

One of my favorite ways to do approach an existing property is something that I learned from my mentor and former boss, super-genius Mitchell Kriegman. He always says one of the great ways to get new creative ideas about a brand is to start from what’s quintessential about it. What are the things that are core to the property, the things that make it unique? Using these things as a starting point can be a great way to brainstorm new ways to play with existing characters.

Take, for example, Peanuts. I haven’t thought about Charlie Brown in years, and then I used the property as an example for a workshop I was leading at Sandbox Summit a couple of weeks back (by the way, there’s a great write-up of the Summit and links to videos by Scott Traylor on Wendy Smolen’s blog. I picked it sort of at random, trying to find an example for something with some easy-to-spot quintessential elements, and I was surprised at what a rich world it is, and how fun it was to approach in this way.

So what do I think is quintessential about Peanuts?

Well, when I think about the property, I immediately think about Lucy snatching the football away from Charlie Brown. I also think of Snoopy, sitting atop his doghouse/fighter plane to battle the Red Baron. Then there’s Linus and his security blanket and Schroeder playing the piano with Sally listening. And Lucy and her psychiatrist booth, and of course there’s that mother’s voice coming from offscreen, “Wah, wah, wah, wah…” Most of all, I think about the dance the kids always do at one point or another, that floppy, head to the side, crazy bopping around, loose-limbed free-for-all that reminds me what dancing felt like when I was little.

When I think about Peanuts in this way, for me what it’s really about is being a kid. It’s about all of the little frustrations, about the joy of playing pretend, about needing to feel safe and knowing your parents are around when you need them. It’s about being creative, and pretending to be more grown up than you are, and dancing and having fun. Peanuts is deep, man.

So that’s what’s quintessential about Peanuts, at least as far as I’m concerned. And having done this exercise, I can immediately think of a million Peanuts games I’d love to make (not that anyone’s asking me to…). How fun would it be to play a side scroller game and help Charlie Brown finally kick that football before Lucy can pull it away (or be Lucy and snatch the ball away!)? Or use an iPad as a doghouse plane, tilting it around to help Snoopy defeat that dreaded Red Baron once and for all? Or repair Linus’ blanket and get it back to him in time for bed, or play the piano with Schroder, or translate the mom’s unintelligible “wah wah” into something you can understand, or make those kids dance that crazy dance? (Heck, I’d even love to dispense psychiatric advice with Lucy, Magic 8-Ball style!).

This is just an example, but I think it’s a good one of how thinking about the things that you love about a property and that resonate with you can lead you to new creative ideas. I personally love working on other people’s properties (hmm, that sounds like landscaping, but you know what I mean). I certainly have my own ideas and things I want to explore and develop. But I think ultimately I’ll know if those ideas are successful if they’re rich enough for someone else to examine them, play with them, and find things about them that inspire their own creativity.

Want to talk inspiration? Email us at kidsGotGame@noCrusts.com