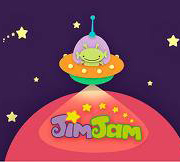 JimJam launches on Africa’s My TV

The launch marks the first time the channel will air in many of Africa’s territories and is the only channel targeted to preschoolers on My TV, which offers content to English-speaking sub-Saharan African families.

The Czech-produced baby animal docu-series My Animal Family (26 x 15 minutes) will be one of JimJam’s first premieres in the region.

Jim Jam, which launched in 2006, now airs in more than 60 territories across Europe, the Middle East, Asia and Africa.

It also recently made its Israel debut on cablenet HOT.