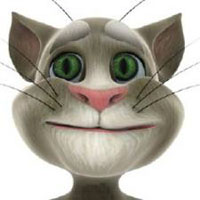 The new series, which extends the Talking Friends brand from the app space to the online world, will feature popular characters including Talking Tom Cat and Talking Ben the Dog, and will run on Disney.com, Disney’s new YouTube network, and will be available through the Talking Friends mobile apps.

The latest initiative follows on the heels of New York-based brand licensing agency Beanstalk inking a deal with brand agency Merchantwise to manage the licensing program the Talking Friends brand in Australia and New Zealand.