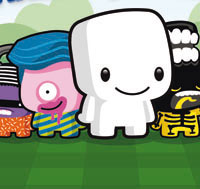 Turner Broadcasting has launched a new version of its free virtual world for kids, Toonix, which is set to roll out across EMEA after beta testing in the UK wraps.

Turner Broadcasting has launched a new version of its free virtual world for kids, Toonix, which is set to roll out across EMEA after beta testing in the UK wraps.

According to Turner, the UK soft launch of Toonix has attracted more than 250,000 registered users with no overt promotional activity, and the company has plans to execute a broad online and on-air marketing campaign to support the EMEA launch.

The site, a standalone virtual world created by Atticmedia, will also be accessible through Cartoon Network websites in most countries across EMEA, reaching an average of 3.5 million users a month in the territory. Some countries will be able access Toonix via Boomerang.

Toonix is divided into three play areas (MyWorld, Games World and Shopping World), and a Training World encourages kids ages seven to 11 to be themselves through creativity and self-expression.

The site allows kids to be social, share stickers, play games, create avatars, customize rooms and earn virtual coins by completing missions that can then be redeemed for virtual goods.

In addition, Turner is creating an L&M program for the site and Wow! Stuff is already on-board as master toy partner for EMEA.

Turner originally debuted Toonix in Latin America in 2008, where it has more than 13 million registered users.