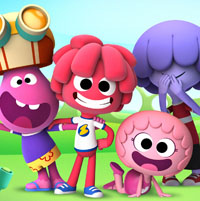 The series, which follows the adventures of five friends living on a magical planet where music originated, will premiere on the two Canadian networks this spring and additional spring debuts include Canal 5/Televisa (Mexico) and RTP 2 (Portugal).

The new deals add to an expanding list of broadcasters that have acquired the series which now airs in more than 150 countries.

Vodka has also expanded its L&M program for the Jelly Jam brand after a recent deal with Exim Licensing Group which will bring music, toys, DVDs, merchandising, videogames, books and an online edutainment website to Latin America.