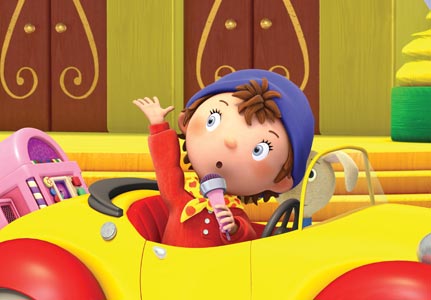 Classic Media's London operation has acquired the rights to Enid Blyton's Noddy from brand management firm Chorion, which has been selling off its assets piecemeal since last fall.

Classic Media’s London operation has acquired the rights to Enid Blyton’s Noddy from brand management firm Chorion, has been selling its assets since last fall piecemeal.

For more than six decades, Noddy has been one of the UK’s most recognizable characters with a large profile in France, where he is known as Oui-Oui.

Author Enid Blyton created Noddy in 1949 and the IP made its television and stage debut in 1954. Since then Noddy has sold more than 250 million books worldwide.

In August, Chorion’s chairman Lord Waheed Alli and deputy chairman William Astor resigned from the company amid speculation in the UK financial press that the pair had been unable to restructure the company’s US$110 million debt.

The terms of the deal were not released. However, Chorion also recently sold its 64% stake in the Agatha Christie estate. According to its communications firm, Chorion owned Noddy outright, and the remaining assets to be sold include Chorion’s 100% interest in the Enid Blyton estate and its shares in preschool properties Olivia, Gaspard & Lisa and Max & Ruby.