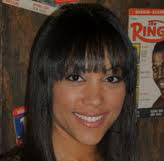 In this position, Watts Meraz  becomes part of Turner’s corporate acquisitions team, which makes overall company content buys – usually in the form of larger package deals that include programming or movies that can be shared across all Turner US networks.

Acquisitions exclusive to the Cartoon Network and Adult Swim, meanwhile, remain the purview of VP of content acquisitions and co-productions, Adina Pitt.

Watts Meraz hails from US cablenet Showtime Networks, where she was VP of content acquisitions. Prior to that she worked in feature film development at Disney’s Buena Vista Motion Pictures Group.