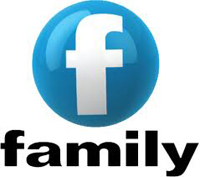 The series, shot in  reality-TV style and created/executive produced by Frank van Keeken (Wingin’ It), follows a group of elite dancers at Miss Amy’s Dance Studio who must put differences and allegiances aside and find ways to work together to qualify and win a national title.

Also accompanying the series, which is set to begin filming this summer, will be special content for Family.ca, including behind-the-scenes footage, character confessional pieces as well as an “after show” style web series.