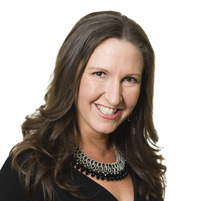 In her new role, McIntosh will be responsible for promoting Nickelodeon’s channels and their brands to consumers, carriers and advertisers. She will also become a member of Nick’s Global Marketing Council, working with all brand partners and providing support for Nickelodeon’s sales, live events and consumer products businesses.

McIntosh will begin March 26 after moving from her position as VIMN’s director of marketing and communications for MTV and Comedy Central, a title she has held since April 2011.