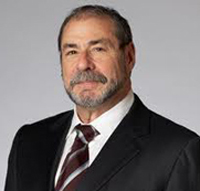 After 10 months with the company, Neil Friedman has stepped down as president of US operations for Toys 'R' Us.

After 10 months with the company, Neil Friedman has stepped down as president of US operations for Toys ‘R’ Us.

He joined Toys ‘R’ Us in April 2011 as president, and was responsible for all merchandise planning and allocation, marketing and operations for the company’s more than 860 US stores.

Freidman now plans to become an advisor to toy companies, and Toys ‘R’ Us intends to retain his advisory services, on a non-exclusive basis, for new ventures and business alliances.

The news comes during the middle of an executive shake-up for the toyco, which last month, as part of a restructuring, saw its chairman and CEO Gerald Storch move some of Friedman’s merchandising and store operations duties to another executive who would report directly to Storch.

Friedman is the sixth top-level executive reporting to Storch who has left the company since Storch became CEO in 2006.

Prior to his time at TRU, Friedman’s extensive career in the toy and juvenile product businesses began with Mattel in 1997, when Tyco, where he then served as president of preschool, was acquired by Mattel.  In 1999, he was named president of Fisher-Price Brands, and served in that capacity until 2005, when he was appointed president of the newly formed Mattel Brands, which brought Mattel and Fisher-Price together under one corporate unit.