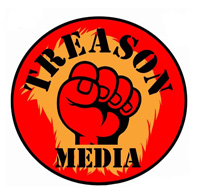 Treason and Hop To It to develop new series

The series follows the misadventures of shy 12-year-old rock collector, Lucas, who finds a mischievous spirit hiding in a piece of quartz he brought back to Canada from the Australian Outback. The spirit ends up breaking Lucas out of his shell with hilarious consequences.