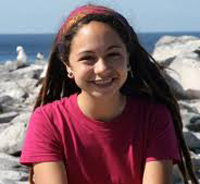 In the global adventure series, produced in association with TVOKids, Telefilm Canada, the Shaw Rocket Fund, and the Canadian Museum of Civilization, host Cari Leslie is guided by a young Webmaster (Sami Botros) on educational trips around the world.

As Genuine Pictures continues to expand its content library, production is currently underway on two new kids’ projects – Beats in Bites launches on TVO in September and stars champion beat boxers Julia Dales and Ammar Abou-Agena, and FIVE, which will debut on TVO and Knowledge Network in late 2012, is a series of short programs that brings the world to preschoolers.