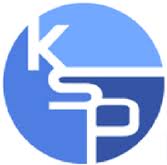 The deal aims to grow production capabilities and talent pools in both company’s locations (Kickstart in Vancouver and Los Angeles and Titmouse in Los Angeles and New York).

Kickstart (Voltron Force, Wolverine and The X-Men, Speed Racer) also formed Kickstart Comics in 2010 and the publishing arm will release 28 new graphic novels by the end of this year.