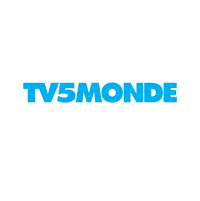 The channel launched in the US yesterday to DISH subscribers as part of its French suite of channels which includes TV5MONDE USA, a 24/7 French-language entertainment channel.