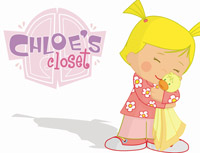 Moonscoop will co-produce new 52 x 11-minute episodes with German children’s broadcaster KIKA and Kids Workout Factory (KWOF) in Benelux and Ireland’s Telegael. The episodes are planned to be delivered by mid 2013 with a first episode ready for MIPCOM 2012.

The announcement comes on the heels of Moonscoop’s deal naming UK manufacturer Golden Bear as the master toy licensee for the property.