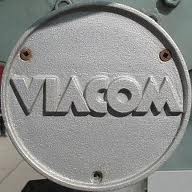 Costa Rica’s Teletica snapped up Nickelodeon packages including season one of Planet Sheen and episodes to complete Penguins of Madagascar season two.

Brazil’s TV Globo signed for episodes 207 to 225 from season two of Penguins of Madagascar; renewed episodes from SpongeBob SquarePants season six and signed for seasons one and two of Victorious, and season one of Kung Fu Panda.

TV Jamaica has snatched up Kung Fu Panda episodes 101 to 113; and Chile’s TVN has inked a deal for episodes from seasons one to four of Blues Clue’s.

In Ecuador, Dora the Explorer season 6, and renewals of episodes from season four and five, plus renewals of Go Diego Go! (seasons three and four) and Kenan & Kel (seasons one to four) are headed to Ecuavisa.

Mexico’s Televisa picked up A Fairly Odd Movie – Grow Up Timmy Turner and The Boy Who Cried Werewolf while Nicaragua’s Telenica licensed for numerous Nick and MTV programs including Bubble Guppies season one, Planet Sheen season one, Penguins of Madagascar season two and Tuff Puppy season one.

Meanwhile, Chile’s TVN has landed seasons one to three of Drake and Josh, the Merry Christmas Drake and Josh movie, as well as season four of Zoey 101. And Uruguay’s Canal 10 has signed new episodes 227 to 239 of Penguins of Madagascar to complete season two and renewals of season one (episodes 201 to 226).