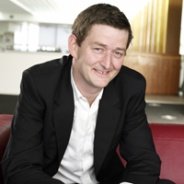 BBC Worldwide MD of Licensed Consumer Products & Global Children's Brands Neil Ross Russell is set to leave his post at the end of this month.

BBC Worldwide MD of Licensed Consumer Products & Global Children’s Brands Neil Ross Russell is set to leave his post at the end of this month.

Appointed as MD for Children’s at BBCW in 2008, Ross Russell has announced he’s leaving the Beeb’s commercial arm to join newly launched consultancy Oakshore Strategy. He says the split with BBCW is very amicable, noting that he successfully accomplished the tasks for which he was hired – namely implementing a new Children’s strategy across BBCW and creating a Consumer Products division to serve fans of all the brands on in the portfolio (children’s and non-children’s like Top Gear) across all formats including licensed products, DVDs, books and music.

A spokesperson for BBCW Consumer Products said Ross Russell’s responsibility for Children’s brands will be taken up temporarily by Ian Watson, International Director of Global Brands. And moving forward, the licensing team, which sits in BBCW’s Consumer Products division, will be headed by a new Product Development Director. BBCW is currently looking to recruit this individual. This new role will also encompass responsibility for BBCW’s home entertainment operations (2 entertain) along with licensing.

Prior to joining BBCW, Ross Russell served as business development director for Sparrowhawk Media Group, which was purchased by NBC Universal in 2007. While there, he played an instrumental role in getting pan-regional children’s channel KidsCo off the ground.