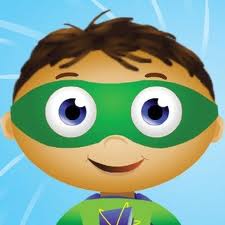 Television and interactive content producer DHX Media has inked a series of deals for titles from its kids catalog with broadcasters in Asia.

Television and interactive content producer DHX Media has inked a series of deals for titles from its kids catalog with broadcasters in Asia.

KBS and Kids Talk Talk in Korea, as well as Astro in Malaysia, have acquired the animated series Pirates – Adventures in Art and dirtgirlworld. Astro also picked up POKO and new DHX show Monster Math Squad. In Taiwan, YoYo purchased the new season of Super Why!, while Nickelodeon India has acquired factual series The Adrenaline Project. Thailand’s True Visions has acquired all seasons of Kid vs Kat.

DHX will also be pushing for acquisitions of Rastamouse in Asia. DHX recently signed a deal with UK publishing house Macmillan Children’s Books to license novels and eBooks based on the preschool series, which airs in the UK on CBeebies.