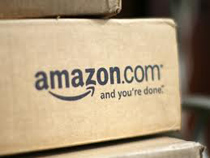 The acquisition, which will allow Amazon Publishing to further expand into picture books, chapter books, young adult novels and new digital formats, includes such titles as The Night Before Christmas illustrated by Gennady Spirin, Chalk by Bill Thomson and My Name is Not Easy by Debby Dahl Edwardson.

Amazon will publish the acquired titles under an imprint of its New York publishing unit and will also make titles digitally available for the new Kindle Fire color touchscreen, signaling a move against competitor Barnes & Noble, which has been beefing up its own children’s digital catalog over the past few months.

Amazon has also said that similar deals with private publishers are likely to follow in other categories. The company currently holds six imprints: AmazonEncore, AmazonCrossing, Powered by Amazon, Montlake Romance, Thomas & Mercer, 47North, as well as the New York-based division under which these children’s titles will be housed.

Marshall Cavendish, which has publishing operations in the US, Hong Kong, Malaysia and Singapore, will continue to focus on its core K-12 textbook and assessment books business in the US and growing its school education publishing businesses abroad.