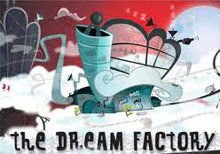 Dream Factory is designed and created by Kyla May (Smirk, Flea-Bitten, SheZow) and follows the adventures of Tommy Winks, an apprentice dream maker.

The 52 x 12-minute series has been developed with the assistance of the Australian Children’s Television Foundation.