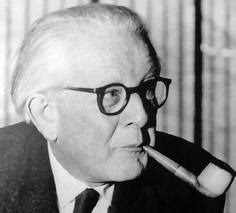 As the holidays near, suddenly the lyrics, "Do you see what I see?" take on a whole new meaning. Games, or any product for children, must be developmentally appropriate, which means you need to know what your audience can and can't do. Without that knowledge, we're developing in a vacuum.

You’ll hear me say it a million times. Kids are different than adults. We all know that intellectually (I mean really, are farts really that funny?). But it’s another thing to come face to face with evidence of the cognitive differences.

That’s why I love Piagetian tasks. Jean Piaget is the father of developmental psychology. His observations of children led him to develop a series of developmental stages that defined the common patterns of cognition at various ages. To demonstrate how these thinking patterns were different than those of adults, Piaget used tasks.

The stages are worth a whole post unto themselves, but below are some of my favorite Piagetian tasks and their common outcomes for preschoolers (though the responses will of course vary depending on the individual child).

If the child has not yet mastered concepts of conservation, he’ll select the row that looks wider. Cognitively, he’s not yet understanding that the quantity of items in the rows remains the same, no matter how much the overall size or layout is manipulated.

Water Conservation Task
1. Fill two identical glasses with the same amount of water.
2. Ask the child which has more.
3. Pour one glass of water into a glass that’s significantly different, either taller and narrower or shorter and wider than the original glass.
4. Ask the child again which has more.

The glass that is taller and narrower (the one that looks like it has more) is the one a child who has not yet mastered concepts of conservation will select. No amount of reasoning or reminding the child that the water in the other glass was the same will change their answer.

Egocentrism Task
The classic test for this one is known as the Three Mountain task. Here’s a variation on it.

1. Set up a table with a large barrier in the middle, like a book. Put toys in various places, for instance, a firetruck to one side and a block tower on the other. Set up two seats, across from each other. Make sure that some items are visible from only one of the seats.
2. Let the child walk around and look at the items. Then have her sit on one side of the structure. Sit on the other side from the child.
3. Ask the child what she can see.
4. Ask the child what you can see.

As the holidays near, suddenly the lyrics, “Do you see what I see?” take on a whole new meaning! A child who is still egocentric (in a good way) will say that you see the same thing that she sees, no matter where you’re sitting. Understanding that what you see is different than what I see is really tough. It just takes time to learn to take another person’s point of view into consideration. (More on this in a later post as it actually has implications for the way kids play together as well as when they start learning to play games with rules.)

So my point is this: Games, or any product for children, must be developmentally appropriate, which means you need to know what your audience can and can’t do. Without that knowledge, we’re developing in a vacuum.

If you want to see more, YouTube is full of Psych 101 students trying out tasks. Just google “Piaget Experiments” or “Piagetian Tasks.” If you’re feeling really frisky, try some out on a child in your life. But be forewarned if you try this with friends and family — parents don’t like seeing that their child is doing things that don’t make sense or defy our idea of logical thinking. Even with extensive explanation that what the child is doing is normal, they still tend to freak out. Try to leave the parent out of it if you try this or proceed with caution.

And let us know what you find! Once you start looking for him, Piaget may pop his head up in all kinds of places…