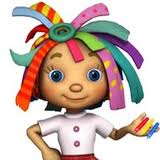 Everything’s Rosie, from V&S Entertainment, will be airing in new global territories thanks to deals with Italian digital children’s channel DeAKids, Switzerland’s Italian-speaking network RTSI, HTV in Asia and PBS in Thailand.

To date, the first two seasons of the CGI-animated preschool series have been picked up by more than 150 territories.