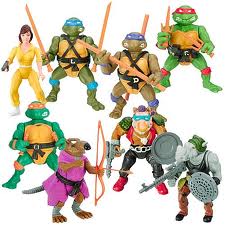 California and Hong Kong-based Playmates Toys is welcoming back Jeff Trojan to the role of VP of boys brands.

California and Hong Kong-based Playmates Toys is welcoming back Jeff Trojan to the role of VP of boys brands.

Trojan will be responsible for the marketing programs of a new line of action figures, playsets and accessories based on Nickelodeon’s Teenage Mutant Ninja Turtles CG-animated TV series, which is launching next fall on Nickelodeon and NickToons.

Trojan rejoins the company after most recently serving as DC Comics VP of business development, where he managed the expansion of the DC Direct collectibles business.

During his previous tenure with Playmates, Trojan was VP of boys toys, where he guided action figure lines including Teenage Mutant Ninja Turtles, Star Trek, Tomb Raider, Skelton Warriors, Exosquad and The Simpsons.