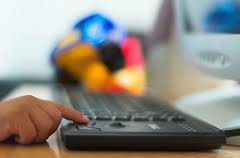 Early learning teaching programs may be in for a digital makeover if a new report from The Digital Age Teacher Preparation Council gains traction.

Early learning teaching programs may be in for a digital makeover if a new report from The Digital Age Teacher Preparation Council gains traction.

The Council, established in 2010 by the Joan Ganz Cooney Center at Sesame Workshop and the Stanford Center for Opportunity Policy in Education, has released a report entitled Take a Giant Step, which outlines a 21st century approach to the learning and healthy development of children in preschool and the primary grades.

The report has found that less than 50% of all early childhood programs in the US are considered high quality and promote significant learning among underserved students.

As such, the Council has proposed nationwide goals, to be met by 2020, that integrate digital media in education and that can help bring the most underserved students up to speed with technological advancements. The goals include the President and Congress expanding broadband policies and technology integration efforts to cover publicly supported preschool programs, specific reforms to the Elementary and Secondary Education Act (ESEA) to integrate the use of technology in both preparation and ongoing training programs,  the creation of more public-private partnerships to  create and distribute public media assets more widely, and the creation of a digital teacher corps.

The research is a response to young children’s continued immersion in digital media. It also coincides with recent findings surrounding kids’ media consumption, such as Common Sense Media’s most recent report, Zero to Eight: Children’s Media Use in America, which found that children ages three to eight are consuming between four to seven hours of media daily.