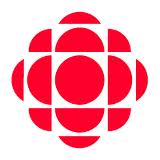 Under the two-year agreement, FTD is authorized to distribute and commercially exploit educational programs, documentaries and news reports from the Radio-Canada catalogue in Europe, French-speaking Africa and the countries of the Commonwealth of Independent States (CIS). The partnership also includes use of Radio-Canada formats.

In return, more than 30 hours of FTD-distributed programming will now be available for a three-year period on Radio-Canada’s French-language VOD platform, TOU.TV.