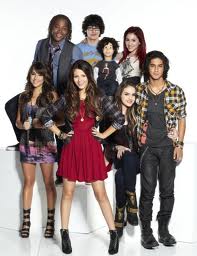 The first lines will roll out across George stores nationwide and on George.com from spring 2012 and will feature SpongeBob SquarePants and Victorious. Other character clothes will follow throughout 2012.