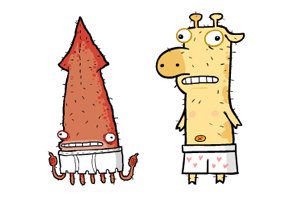 The deal was brokered by UK agent Lisle International. Character Options, for its part, is developing a line of micro figures and constructions sets based on the core-kid property being driven by the animated comedy series of the same name.

Almost Naked Animals, which features the antics of a menagerie of underpants-wearing characters, airs on CiTV and ITV1 in the UK, and three seasons are currently in production.

Toronto, Canada’s The Licensing Shop, which is looking after Animals’ global L&M program, has also recently inked deals for the property in the US, where it airs on Cartoon Network.