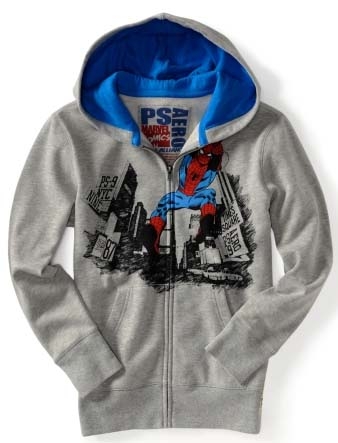 Available under the P.S. from Aéropostale brand, the line targets kids ages four to 12 and includes designs featuring Spider-Man as well as Iron Man, Captain America, Thor and The Incredible Hulk, all of whom are set to star in next summer’s blockbuster film Marvel’s The Avengers.

The initial products debuting this month in the US and at www.ps4u.com include t-shirts, hoodies and accessories. Additional apparel and accessories will roll out in support of Marvel’s The Avengers, which hits theaters on May 4, 2012.