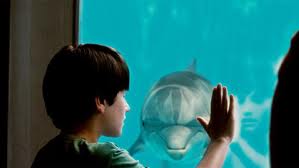 Scripted characters get into social networking

Swimming with dolphins has never been easier, virtually speaking, thanks to new social networking platform SocialSamba, which allows fans to connect with characters from TV, movies and consumer products.

Swimming with dolphins has never been easier, virtually speaking, thanks to new social networking platform SocialSamba, which allows fans to connect with characters from TV, movies and consumer products.

The platform, which has officially launched with initial customers Warner Bros. and USA Networks, is designed as a social media marketing tool that allows kids to engage directly with characters by participating in a scripted storyline.  This is done through entertainment and media content creators licensing SocialSamba’s software.

The company’s initial focus has been on TV and film – the Warner Bros. kids’ film Dolphin Tale, for instance, recently adopted SocialSamba and the scripted experience went live in August. But Social Samba is also open to consumer brands and celebrities who are looking to connect with consumers through both scripted social stories and brand-sponsored content.

The platform pre-launched earlier this year with USA Networks’ Covert Affairs, which debuted through Facebook and on USA Networks’ website.  In the first six weeks after launch, the story reached four million impressions with 12% of users returning to the story 10 or more times.

The startup was co-founded by social technology vet Aaron Williams and CTO Matthew Shilts.  The latter co-founded Nanobiz, which sold to Verisign in 2000.