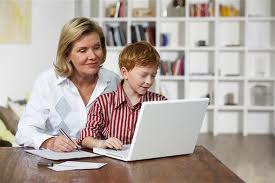 All in the family

Jane Hoffer and her team at Brain Rewards are banking on the notion that families who play together stay together. The company's new family-based social gaming network, Ohanarama, was designed to bridge the digital gap between 70 million grandparents living in the US and their grandkids.

Jane Hoffer and her team at Pennsylvania-based Brain Rewards are banking on the notion that families who play together stay together. The company’s new family-based social gaming network, Ohanarama, was designed to bridge the digital gap between 70 million grandparents living in the US and their grandkids through short educational online games.

“The fastest-growing population on Facebook is women 55 and older, and there are a large number of grandmothers online who are looking to connect with their families,” says Hoffer. In serving this niche, Brain Rewards’ team of 10 developed a platform that allows quizzes and board games to be played in real time against family members and friends anywhere in the world within a closed network.

Since launching stateside on June 21, the site and its Facebook app have picked up 5,000 registered users—a number Hoffer expects will double by this month. Not surprisingly, the majority of these users are mothers and grandmothers who control the family network on the COPPA-compliant site and invite people to join them. Kids can then take the reins and initiate game sessions and later redeem in-game points for both virtual and real-world goods.

Notably, the network houses two currencies—one used to send virtual gifts, and another that translates into real cash. Children earn points either through completing educational games or parent/grandparent sponsorship. The cash-equivalent currency is dropped into an in-house spending account and is redeemable for actual gift cards to retailers like Target and Barnes & Noble.

Given Ohanarama’s infancy, Hoffer remains focused on expanding membership and game offerings. However, she says there will be plenty of branding opportunities for both games and rewards down the road, as there are for partnerships with financial service institutions due to the network’s in-house spending account.

“No one else is gathering families together in such a way and allowing for such interactivity with a brand,” Hoffer contends. Ohanarama’s Facebook app may also open doors for integration with other social networks. Currently players across 15 countries are using the app to compete, and placing the gaming app on more global platforms will naturally serve to expand its geographic reach.