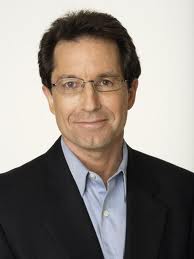 Marsh, who will also maintain his role as the channel’s COO, will now have full creative oversight and leadership responsibility for Disney’s global kids TV business, which is comprised of more than 100 entertainment channels and feeds.

Marsh has been at the helm of major franchises including Hannah Montana, Wizards of Waverly Place and High School Musical. On top of spearheading these blockbuster Original Movie and Original Series franchises, he has also overseen Disney Junior programming. Before Disney, he was director of movies and miniseries at Columbia Pictures Television.

Of Lightcap’s accomplishments during her two-year tenure as president was this year’s launch of the Disney Junior brand. Since its domestic launch, Disney Junior ratings have grown by double-digit margins across the board, and its launch series, Jake and the Never Land Pirates, is on track to be Disney Channel’s number-one preschool series ever in total viewers.