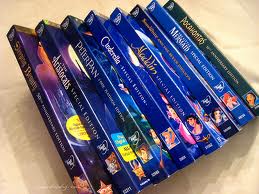 On the heels of Andy Mooney's resignation from Disney Consumer Products, the House of Mouse has promoted Robert Chapek to the post of president, where he'll oversee a re-structured consumer products division.

On the heels of Andy Mooney’s resignation from Disney Consumer Products, the House of Mouse has promoted Robert Chapek to the post of president, where he’ll oversee a re-structured consumer products division.

Reporting to Walt Disney Company president and CEO Bob Iger, Chapek – who was formerly president of distribution at Walt Disney Studios – is heading up Disney Consumer Products, which is consolidating retail and licensing across Disney’s lines of business, including Walt Disney Studios, Pixar, Disney Media Networks, Interactive Media and Consumer Products. Interestingly, Marvel consumer products’ business also now falls with Chapek; it had been largely independent since Disney’s acquisition of Marvel Entertainment in 2009.

One of the biggest outcomes of the reshuffle is that DVDs will now be sold alongside toys, apparel and video games as a strategy to prolong their shelf life. Digital film distribution remains under the control of the movie studio.

The consolidation is a reflection of a more centralized retail market, said Iger.

Since November 2009, Chapek has led Disney Studios’ distribution through developing strategy and overseeing the delivery of all motion pictures and television content across the theatrical exhibition, home entertainment, pay-TV, digital formats and other new media. He has been touted as a visionary on technological issues, overseeing the development of various new technologies including high-definition Blu-ray Disc, in-home 3D solutions and digital distribution.