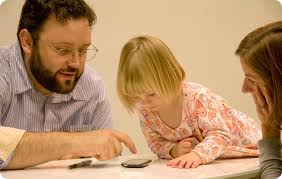 Former executives from LeapFrog, LucasFilm and 2K Games have formed Fingerprint Digital, a new mobile learning and play network that targets kids and their parents.

Former executives from LeapFrog, LucasFilm, PlayFirst and 2K Games have formed Fingerprint Digital, a new mobile learning and play network that targets kids ages three to eight and their parents.

The startup has secured its first round of funding to the tune of US$1.4 million from K2MediaLabs, THQ, Reed Elsevier Ventures and Suffolk Holdings.

With an anticipated one billion Android and iOS device users by 2013, Fingerprint aims to deliver a platform that will include sharing features that enable communication between kids and grown ups, game play snapshots for parents, a recommendation engine for new games based on play patterns and progress, and a virtual reward system that encourages kids to stay involved. The platform will also provide opportunities for third-party game developers to design and deploy their games.

The company was co-founded by CEO Nancy MacIntyre, who most recently served as EVP of product and marketing at LeapFrog Enterprises, and Kevin Wendle and Daniel Klaus of K2MediaLabs.

In the coming months, the team will launch four flagship proprietary applications and will continue to work with a range of third-party app developers to introduce additional new titles by the end of the year.