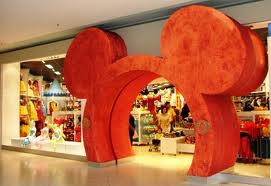 Mooney joined the consumer products powerhouse in 1999 as president and was later promoted to chairman in 2003. The former CMO of Nike breathed new life into DCP’s licensing model, moving from passive to active licensing and its annual global retail sales are currently valued at roughly US$28 billion. He was also responsible for grouping together the key characters in Disney’s library of fairytales under the Disney Princess banner in 2004. The bestselling franchise currently generates US$4 billion annually in global retail sales. One of his latest moves was to re-energize the Disney Store chain in 2010.

In terms of his future plans, Mooney has stated that he will pursue “a leadership role with another organization.” Requests for comment on plans to appoint an interim successor from Disney Consumer Products have not been answered.