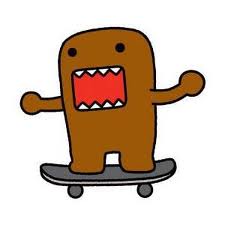 Buckle Down, Lava Lite, SalesOne and Underboss Production have inked multi-year agreements to create an assortment of quirky accessories and novelty items inspired by the brand that will begin rolling out in the marketplace this fall. Products include belts, pet accessories and lava lamps.

The off-kilter products fall in line with the quirkiness of the Domo character, which first appeared more than 10 years ago as the mascot Japanese public broadcaster NHK. The fuzzy creature has since found a home within the online viral community with hundreds of thousands of fan-made images, websites and videos posted to websites such as YouTube, Facebook and Flickr.