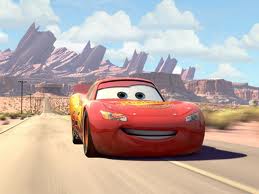 For the period ended July 2, revenues totaled US$10.6 billion, a 7% increase over last year’s term, with profit coming in at US$1.47 billion, up from last year’s US$1.3 billion.

The media conglomerate’s Networks division saw a 5% jump in revenues to US$4.9 billion largely due to growth at ESPN and, to a lesser extent, increases at the worldwide Disney Channels. These gains were partially offset by losses within the ABC Family channel due to increased costs of original programming.

Meanwhile, strong performance of Cars and Marvel-related merchandise contributed to a 13% revenue gain within the Consumer Products division, which generated US$685 million during the period.

The largest revenue increase came from the Interactive Media segment with US$251 million, representing a 27% gain over last year largely driven by sales of Lego Pirates of the Caribbean and Cars 2 console games. However, operating losses within the Interactive division sat at US$86 million, a 32% drop over Q3 2010′s U$65-million loss largely due to accounting remnants from last year’s acquisition of social gaming company Playdom.

Revenues within the company’s film studio remained flat at US$1.6 billion. Despite this year’s box-office success with Pirates of the Caribbean: On Stranger Tides, performance of Cars 2 and Thor didn’t measure up to the strong acts of both Toy Story 3 and Iron Man 2 last year.